This is the commercial inspired by the song that we know as “The Merry Bells of London Town”. 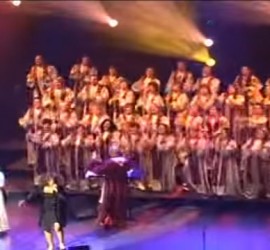 Diane forwarded this video of the Quebec Celebration Gospel Choir. Another proof that choirs don’t have to stand in place without moving when they sing! Very inspiring. Surprisingly, there are some warm-up exercises included in the beginning.  I don’t think we could get away with that 🙂

The Ottawa Harmony Singers will be singing at the Chance Foundation Christmas Bazaar, at 2:00pm on Saturday November 28. Come to hear us and to support this worth event! 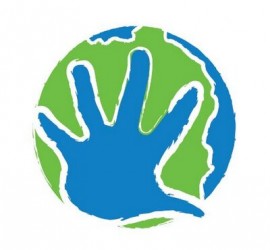 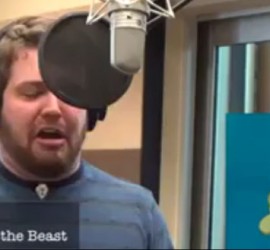 Here is a guy singing Frozen in the voices of a lot of Disney characters. It shows the range of different tones and expressions that are available. 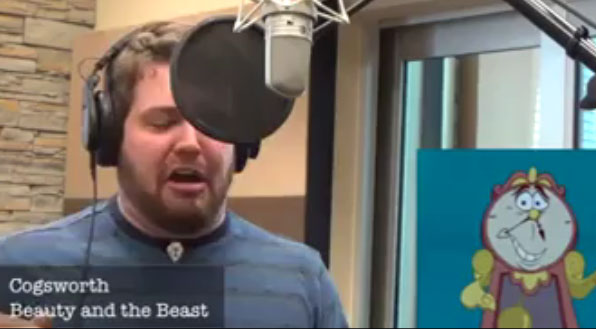 In a previous post, we showed a little girl directing from the audience.

But here is a little boy on the conductor’s podium, and It’s quite amazing to watch. This is 7-year-old Edward Yudenich of Uzbekistan conducting a full orchestra playing Johann Strauss’ Overture to The Bat (Die Fledermaus).

There are many variations on the song “Oh, My Darling Clementine”.  At least in Dutch, there are. The version I learned in camp in Holland is (as I found out later) a mixture of two entirely different versions. The result is rather absurd, especially if you know the landscape in Holland. […]

Words of wisdom from our choir director Pat: 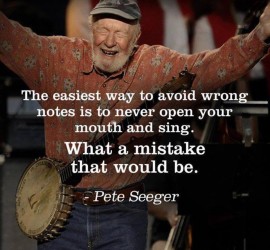 One of our new songs for this coming Christmas season is Christmas in Killarney. Here is a great rendition by the Barra MacNeils.

All we need now is a fiddler!

It’s amazing what these guys and gal do with just their voices.

We’re quite used to playing music on our laptops and cell phones these days, but back in 1961, it was quite an event when for the first time a computer was programmed to sing a song. The song was the refrain of “A Bicycle Built For Two”, better known as “Daisy, Daisy”.

This event was later alluded to in Stanley Kubrick’s movie “2001 A Space Odyssey”.

As much as this was a great achievement at the time, I am confident that our singing will sound better!